Why Cheese is a Waste of Money

Are you still spending a fortune on the cheese?  How much are you spending on cheese? $7.99 lb, $10.99 lb or even $12.99 lb?  If you go to a grocery store, you may notice there a whole section dedicated for cheese.  There are wide variety of selection.  You might think it’s nutritious or something necessary for your body.  But it’s wrong.  The cheese does nothing but exacerbate your health, environment, and budget.  We will walk through why cheese is a waste of money. 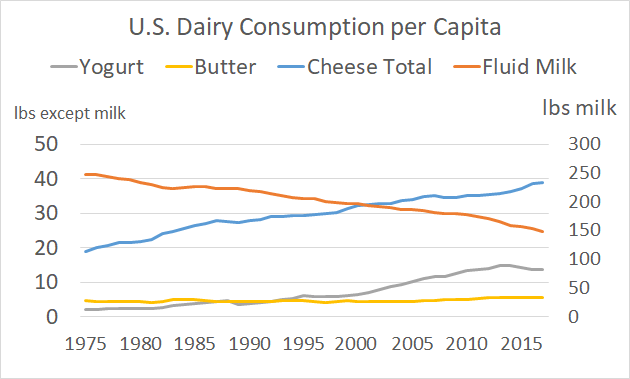 The following chart shows the U.S. population with diagnosed diabetes.  In 1958, there were 1.58 million people who diagnosed diabetes [21].  In 2015, the number is multiplied to 23.35 million [21].  The U.S. increased the diabetic population by more than 14 times in 57 years.  There is a curious relationship between cheese consumption and the number of diabetes.  If the cheese is healthy food, Shouldn’t it decrease the prevalence of chronic disease?  But it doesn’t seem that way.  Although the cheese consumption is not the sole factor contributing the prevalence of diabetes, but they both have an increasing trend. 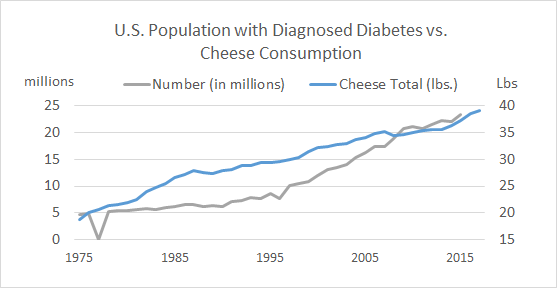 O.K. it takes a lot of water, what’s wrong with that?  It really matters you, your children and grandchildren.  The United Nations estimate that the world will face water deficit by 40% by 2030 [3].  The current fresh water supply will only meets 60% of global demand in 2030.  This is a significant shortage.  The following is a Water Risk Atlas published by World Resources Institute [5].  As you can see, the much of land is covered by high risk area.  This is the current condition and only gets worse.  You pass this on to your children and grandchildren who interface worsened risks.  Are you going to tell them that they are going to interface a greater risk of lives because you couldn’t stop eating cheese?  It’s beyond the cheese is a waste of money. 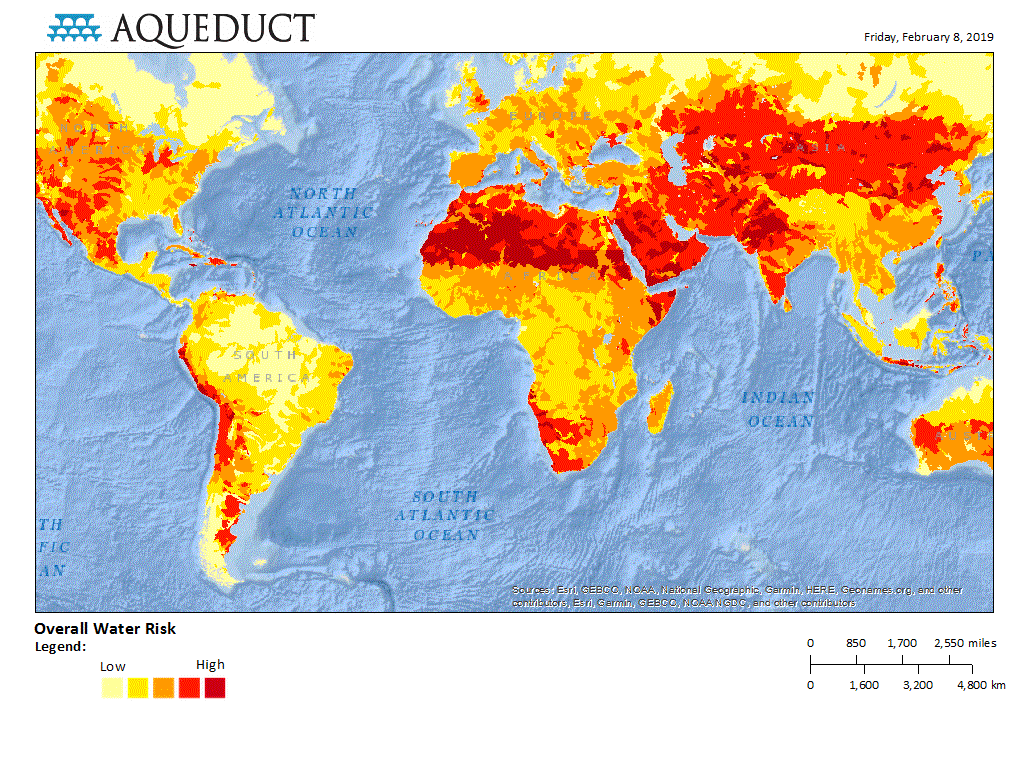 The following chart shows the water footprint of food.  See how water intense to produce animal products comparing to the plants. 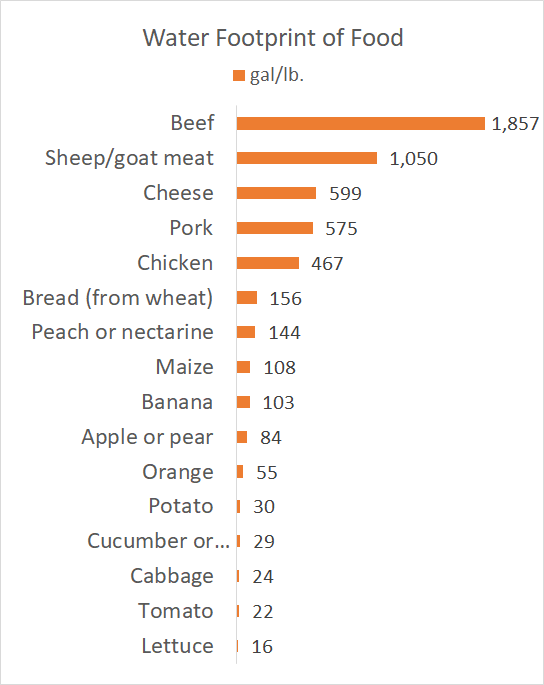 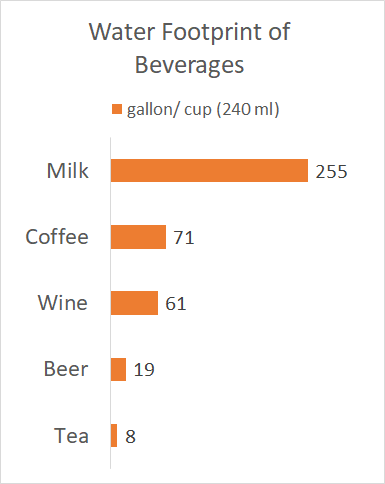 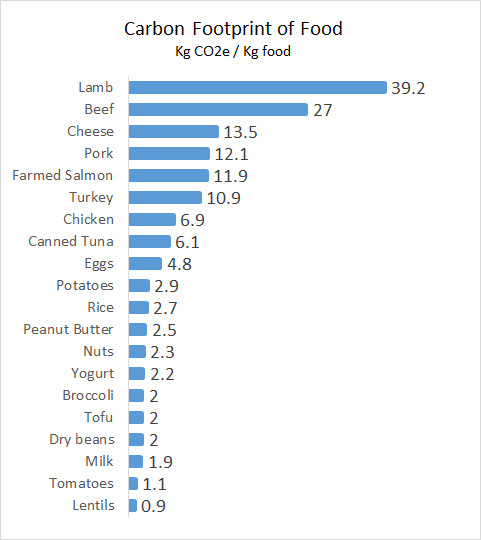 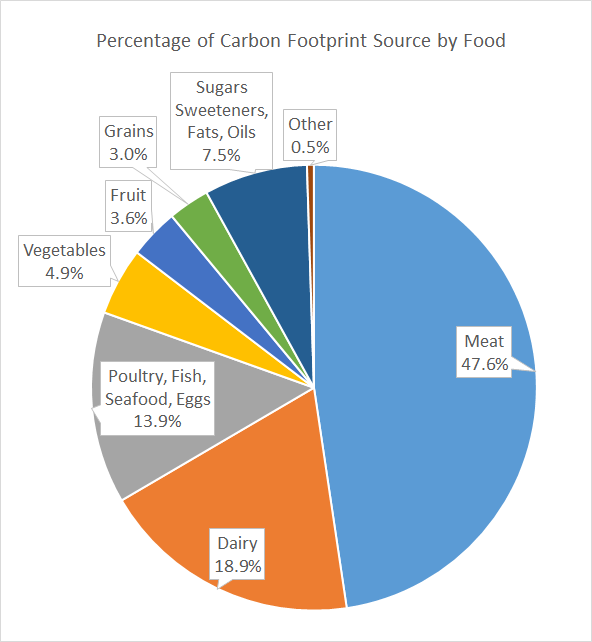 When you walk by the cheese section in the grocery store.  You may have noticed a distinct smell of cheese.  It’s never be pleasant but you were told that this is the scent of gourmet.  There are many people and media critique about how fancy the taste and aroma is.  What they don’t realize is that the flavor and scent is responsible by the same bacteria and chemical found in your feet and stomach content [8].

The bacteria and chemical found in cheese

Brevibacteria – same bacterial species that lives on your feet [8]

Are you paying more than $10 to ingest something found in your feet and stomach?  Do you still want to do that?  This is another reason that the cheese is a waste of money.

Cheese: More than 70% of calories come from fat

Protein Calorie per Total Calorie of Spinach and Cheese [9,10]

When you are asked about what is the most important nutrients obtained from cheese? The most prominent answer is the protein and calcium.  When you look at the nutritional data of regular cheddar cheese that you can find in the grocery store, the 74% of calories come from fat while only 22% for protein [9].  One third of weight is pure fat.  Moreover, of those 74% of fat, 42% is saturated fat [9].  The cheese is not a great source of protein rather it’s source of fat.  The calorie ratio of protein is very low.  The spinach contains protein calorie ratio of 49.7% [10] while the cheddar cheese only contains 22.7% [9].  The spinach contains more protein per calorie than that of cheddar cheese.  Buying cheese is a waste of money, instead, buy spinach.

Calcium (mg) per Total Calorie of Spinach and Cheese [9,10]

Likewise, long-believed myth that the dairy is good source of calcium.  100 gram (3.5 oz) of cheddar cheese, which gives 403 calories contains 710 mg of calcium [9].  On the other hand, 100 gram of spinach with 23 calories contains 99 mg of calcium [10].  The calcium per calorie is 1.76 for cheddar cheese and astonishingly 4.3 for spinach.  The spinach contains 2.4 times more calcium per calorie than that of cheddar cheese.  Surprised?  On top of that, 100 gram of cheese contains zero dietary fiber and 99 mg of dietary cholesterol [9].  The cheese is a waste of money and doesn’t make sense.

The cheese and associated risk of heart disease

More than 95 million people age above 20 or above in the U.S. have the total cholesterol level higher than 200 mg/dL [13].   According to CDC, the diets high in saturated fats, trans fat, and cholesterol have an association with the heart disease [14].  The cheese contains quite liberal amount of cholesterol, saturated fat.  The animal products, cheese, oil (including ones from plants), and eggs injure the endothelial cells, a life jacket of arteries [18].  Once the endothelial cells are injured, they produces less nitric oxide subsequently causes a formation and build-up of plaque and clog the arteries [19].  The blockage of artery may take place anywhere in your body, it could be coronary, cerebral or any other artery and causes heart attack or stroke.  It brings you very scary consequences.

The protein in cheese causes cancer

The protein found in cheese is casein and whey.  According to Dr. T. Colin Campbell, an author of China Study, one of the most comprehensive nutritional research ever published, the quantity of casein intake is associated with the growth of tumor cells. [12].

A group of researchers conducted a study of impact of casein to the tumor cells.  α-casein and total casein were exposed to the prostate cancer cells such as PC3 and LNCaP for 72 hours.  They observed that the milk protein, casein, promoted the proliferation of prostate cancer cells [11].

The cheese contains concentrated form of casein since the moisture content in the milk is squeezed out during the production process.  It should be avoided at all costs. The medical expense is very expensive therefore, not only buying cheese is a waste of money, but also impacting your life.

Pause yourself and think about your children and grand children’s future.  What they are going to experience in the future is the consequence of your action today.  You can still change the course of their lives by not consuming cheese and any other animal products.  It’s great if you can educate yourself, children and others.  It’s not only why the cheese is a waste of money but for the sake of our children’s future.