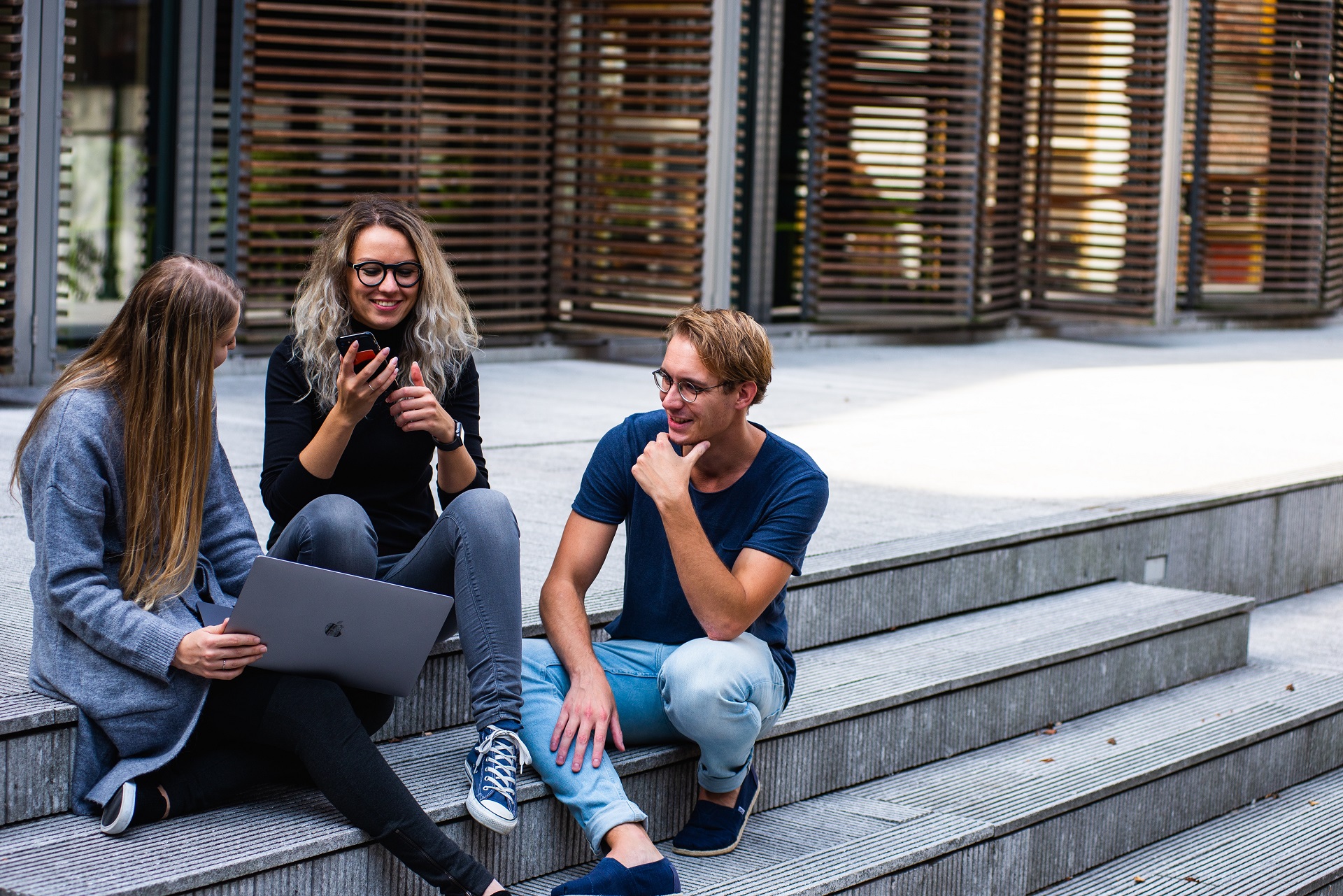 Cost Of Living Increase in 2019

It’s been 10 years since the crash of market.  This time of the year in 2009, we observed a massive number of foreclosures, layoffs, and steep drop of interest rate.  Businesses are forced to file bankruptcy, many people lost their jobs during the last recession.  Since then, the housing market has been recovering and growing again.  In January 2019, the U.S. employers added 304,00 jobs to the market [1].  That’s 100 consecutive-month that the number of job is increased.  The economy is seemingly doing well.  The people may wonder what is the cost of living increase in 2019?

CPI all items in U.S. city average, all urban consumers, not seasonally adjusted [2] 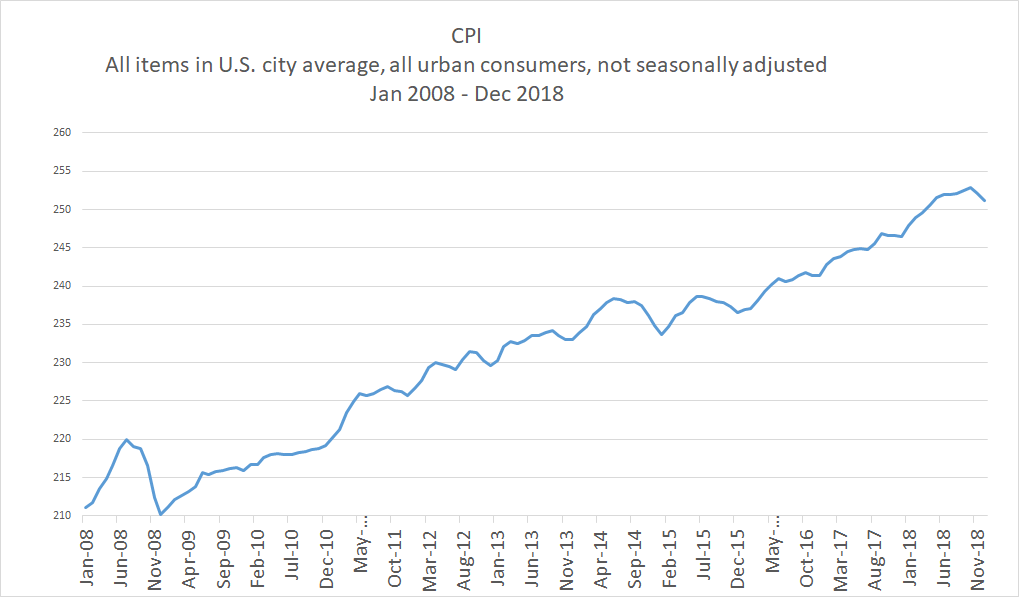 By looking at these data, overall, The cost of living increase in 2019 is expected grow somewhere 1.5% to 2% range.  One thing you need to keep in mind is that the Federal Reserve FOMC (Federal Open Market Committee) announced on January 30th that it is going to take easy on the rate hike for the next term.  The current federal funds rate are between 2.25 percent and 2.5 percent.  The Federal Reserve will be likely to hold the current rate for the next quarter and possibly for the rest of the year.  It also announced that the U.S. economy is expected to grow but not as rapid as the one in 2018 [4].  This can be some metric for the cost of living increase in 2019.

Let’s look at the inflation rate of past 10 years for selected items.  The following graphs is the CPI growth for food, housing, heating fuel, and electricity.

Other than heating fuel, the it’s a gradual increase of somewhere between 1% to 4% annually.

The cost of food price is affected by weather, production supply, price of fuel / crude oil, and some other factors.  The average annual growth of 1.55% (December year-over-year).  The EIA estimates that the crude oil price is expected to hover somewhere around $50 to $60 for 2019 [5].  It’s pretty subtle range.  Since the transportation cost is greatly influenced by the cost of fuel, this crude oil price is favorable for the food transportation throughout the year 2019.

The housing price is showing solid growth past few years.  The December to December annual growth is above 3% Since 2014.  One thing stands out is that the pending home sales index is declining [6] but the home sales price is on the steady growth [7].  This trend doesn’t show a sign of drastic slow down like the one in 2008.  If you wonder about the rent growth of your city, click here to find out more.  The rent growth of rental property varies based on the region.  The the year-over-year growth range of 100 metro areas is between -1.2% to 4.0% according to Apartment List [8].  The median is 1.4% and the mean is 1.46%.  Expect around 1 – 2.5% rent hike for 2019.  But again, it really depends on where you live, please refer your metro area.

The change of housing and food costs influence the most for the cost of living increase in 2019.  The following chart shows some of major categories of expenses.  As you can see, the college tuition is the champion and no sign of slow down.  It’s 50% growth in past 10 years.  The runner up is medical expenses and childcare costs.  The 10-year-growth is more than 30%.  The vehicles and apparels are almost zero or slightly above zero.  The fuel, appliances, and furniture, are downward trend.  The cost of gas is directly correlated to the price of crude oil and it’s understandable trend considering about the trend of crude oil price. 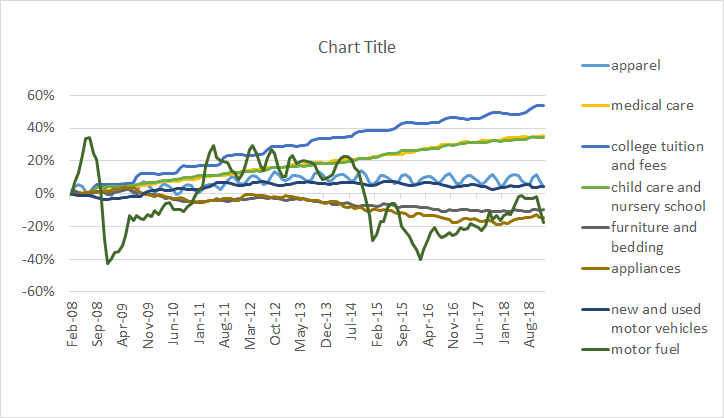 Use above data to predict the cost of living increase in 2019.  Plan your expenditure wisely.

Social Security Cost-of-Living Adjustment by 2.8% for 2019 What You Need to Know About